Where do you want a festival?

Home/News/Where do you want a festival?
Previous Next

Where do you want a festival?

I’m so pleased that I’m starting to get emails from you lovely lot! I wanted to share one of the first ones with you. I recently received a question from a friendly looking chap called Terry. Terry says: 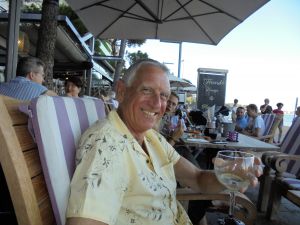 Hi Bernadette, what have you got against the South West?

All the festival for 2019 all over the country but nothing in either Devon
or Cornwall, why are we deprived of a festival, especially when so many
small batch craft gins are distilled here.

Take a look at Torquay, an amazing place for an event.

I did respond to Terry, explaining that the first festival I worked at for Ginfestival.com was in Torquay and we had a great time there. I think it’s an important question that needs addressing and he has kindly said we can share the question on the blog. Also, he’s absolutely right. The South West have really been making a name for themselves in gin in recent years and there are some fantastic brands that way, Tarquins being one of my personal favourites.

Gin and Rum Festival took on quite a large expansion last year, picking up a lot of the festivals cancelled by Ginfestival.com and offering free entrance to customers who already had tickets to the cancelled event. As you can imagine, a festival takes a lot of work. The logistics of organising and transporting everything, setting up, running and packing down is no easy task, especially when crammed into a weekend, and that’s just the back end stuff! So it was important for us to take the time this year to ensure we are working efficiently to bring an event that we are really passionate about to our customers. Saying this, we are well aware that there are some ‘gaps on the map’ so to speak, and we are very keen to bridge them!

So, Terry, I hope that you’ll be pleased to hear that Torquay is now on our list for new festivals. And, we’d like other suggestions for where you would like to see a festival too!  Tell me where you want to see a festival and why, and as soon as we’re ready to start adding dates we’ll be getting on the case.

Thank you for your question Terry! More like that please!

We use cookies to ensure that we give you the best experience on our website. If you continue to use this site we will assume that you are happy with it.OkPrivacy policy