Friday 16th August was National Rum Day! I had compiled this to post on the day to celebrate. But, unfortunately due to a technical hitch, was unable to. So, let us delay no further, let’s all sit down and learn a little of the history behind this delicious spirit. Now, I must acknowledge the fact that history isn’t always pretty, in fact, it’s often the opposite. And, I think it’s important to open our eyes and understand history, as it’s what has led to everything that is now. Anyway, let’s crack on!

The Etymology of Rum

Where does rum get it’s name?  Well, it’s origin isn’t the clearest of things. In an 1824 essay, Samuel Morewood, who was a British etymologist suggested it might derive from the British slang term for “the best”, as in “having a rum time”. Early rum tasted rather harsh though, so nowadays we’re not sure how accurate that idea is. There was another suggestion by Morewood that the word was taken from the last syllable of the Latin word for sugar, saccharum. This is today’s more commonplace view. Either way, rum was being commonly used by 1654. 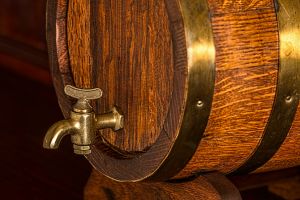 There are lot’s of ear;ly stories document spirits very similar to rum. I suppose in theory such a lovely thing would be discovered and enjoyed in various places. According to one Maria Dembinska, the King of Cyprus, Peter 1st or Pierre I de Lusignan, brought rum with him as a gift for the other royal dignitaries at the Congress of Krakow, in 1364. Although this drink was named rum, it was likely not have been much like modern rums.

Another early rum-like drink is something called brum. Produced by the Malay people, brum dates back thousands of years. There is also an instance when Marco Polo also recorded a 14th-century account of a “very good wine of sugar” from the area that became modern-day Iran.

The first distillation of rum in the Caribbean happened at sugarcane plantations there in the 17th century. Plantation slaves discovered that molasses, leftover from the sugar refining process, could be fermented into alcohol. Later, distillation of this concentrated the alcohol and removed impurities, creating the first modern rums. There is some idea that this first happened on the island of Nevis. However, in the decade of the 1620s, rum production was also recorded in Brazil.

A 1651 document from Barbados stated, “The chief fuddling they make in the island is Rumbullion, alias Kill-Divil, and this is made of sugar canes distilled, a hot, hellish, and terrible liquor. Personally, I don’t see anything wrong with that! 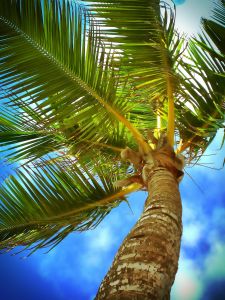 After rum’s development in the Caribbean, the drink’s popularity spread to Colonial North America. To support demand, the first rum distillery in the British colonies of North America was set up in 1664 on Staten Island. Only 3 years later, Boston, Massachusetts, had a distillery. Rum was soon early Colonial New England’s largest and most prosperous industry. Rhode Island rum even joined gold as an accepted currency for a period of time. Estimates of rum consumption in the American colonies before the American Revolutionary War had every man, woman, or child drinking an average of 3 imperial gallons of rum each year.

To keep up with demand for molasses and sugar in Europe during the 17th and 18th centuries, labour was needed for the plantations. A triangular trade in rum, molasses, and slaves was established between Africa, the Caribbean, and the colonies. In the slave trade, rum was also used to exchange. For example, the slave Venture Smith, whose history was later published, had been purchased in Africa for four gallons of rum plus a piece of calico.

The popularity of rum continued after the American Revolution, with George Washington insisting on a barrel at his 1789 inauguration.

Rum started to play an important role in the political system; candidates attempted to influence the outcome of an election through their generosity with rum. The candidate was expected to drink with the people to show he was independent and truly a republican. 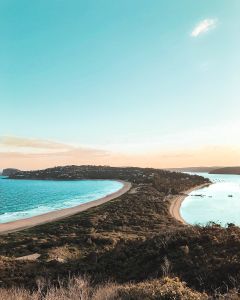 Rum was important for trade in the early period of the colony of New South Wales. It was a prized object as the area was quite poor and people wanted to forget their troubles. The value of rum was such that convict settlers could be induced to work the lands owned by officers of the New South Wales Corps. Due to rum’s popularity there, the colony gained a reputation for drunkenness, though they were drinking less than the English at the time.

Australia was a long journey away from Britain. So much so that that the convict colony, established in 1788, faced severe food shortages, compounded by poor conditions for growing crops and the shortage of livestock. To solve this, the colony of India supplied the settlement of Sydney instead. By 1817, two out of every three ships which left Sydney went to Java or India, and cargoes from Bengal fed and equipped the colony. Casks of Bengal Rum were brought back in nearly every ship from India. The cargos were delivered quietly before the ships docked, by the British Marines regiment who controlled the sales.

Rum was intimately involved in the only military takeover of an Australian government, known as the Rum Rebellion. When William Bligh became governor of the colony, he attempted to remedy the perceived problem with drunkenness by outlawing the use of rum as a medium of exchange. Well, we all know that outlawing things doesn’t always work if people still want to do it, just look at the American prohibition era. In response to Bligh’s attempt to regulate the use of rum, in 1808, the New South Wales Corps marched on Government House and placed Bligh under arrest. The mutineers continued to control the colony until the arrival of Governor Lachlan Macquarie in 1810. 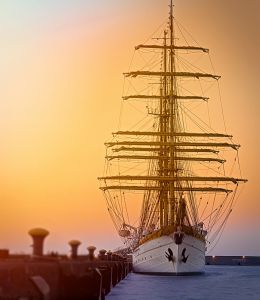 Rum became associated with piracy as it was a valuable item, and a commodity worth having. As some of the privateers became pirates and buccaneers, their fondness for rum remained, the association between the two being strengthened by literary works such as Stevensons’s Treasure Island. The association of rum with the Royal Navy began around 1655, when the British fleet captured the island of Jamaica. With the availability of domestically produced rum, the British changed the daily ration of liquor given to seamen from French brandy to rum.

While the ration was originally given neat, or mixed with lime juice to help diseases like scurvy, rum was watered down from around 1740. A chap called Admiral Edward Vernon had the rum ration watered as he was worried about his crew being a little to jolly to sail. This is what we know today as grog. The Royal Navy continued to give its sailors a daily rum ration, known as a “tot”, until the practice was abolished after 31 July 1970. Even now, the Navy has Rum Tot Day as an annual acknowledgement of this well known and popular naval tradition.

After the Battle of Trafalgar, Lord Admiral Horatio Nelson’s body was preserved in a cask of rum to travel home to England. Upon arrival, however, the cask was opened and found to be empty. The pickled body was removed and, upon inspection, a hole was discovered from which sailors had been sipping away at the liquid. “Nelson’s blood” is now another term sometimes used to describe rum. There is a little hearsay to this story, but it’s still a very interesting one.

Navy Strength Rum is often found nowadays. Many companies sell Navy Strength versions of their rums. Navy Strength needs to be 57% or above, as set light to gunpowder with rum would burn over this abv. This was a trick to tell if the spirit wasn’t watered down, as there was no equipment to measure abv at the time. And, it was not uncommon for either the distillery, or the purser, to take advantage of that.

Well, there we are, just a few tit bits to make up a small base knowledge. There is a wealth more information out there! If you’re interested in it then get out there and start learning!