You may have noted our little change from Fridays to Wednesdays. I hope that works well with everyone. Whilst it’s nice to get a mail on the Friday with some excitement to set up the weekend, I can’t help but think it’s nice to get a bit of a weekend heads up, especially if there’s recipes you want to try and ingredients you need to get. This week, we’ll be looking at beverage day and of course, offering you an associated cocktail recipe and spirits that would work well for them. Plus, we held our first ever virtual event over the weekend, so let’s catch up on that quickly. Who was there? I stuck my head in on the Saturday to watch one half of Northern Epidemic doing their thing and there was a lovely sense of familiarity to the DJ set after, paying some classics from the festival. It definitely got me in the mood for a Saturday, and those of us who were present for Dan Walsh’s talk on Mumbai gin and Rascal gin were subjected to his regular high standard of masterclass, comprising his infamous dulcet tones giving some great explanations of the gins, general gin knowledge and outrageous humor. I am hoping to catch up with Dan in the coming days to write something in a little more detail so keep your eyes on our site. And heads up! We’ve got another talk this Saturday with Kuro Gin, so head over to our Facebook page for a live video at 3pm Sunday 10th May. 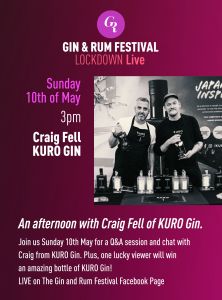 So, how are we all keeping? Good I hope? Looking out for each other? Good stuff! Now this week is a bit of a strange one, moving to a Wednesday means different holiday days to take inspiration from. Now, as luck would have it, today happens to be ‘Beverage Day’, as precise and vague as it gets! So firstly, let’s find out a little about that. According to the ‘Days of the Year’ website:

“Beverages have existed, in one form or another, almost since the beginning of mankind. Of course, people had to drink something, so before there was Coca-Cola there was water, simple as that. However, as the millenia went by, people began to create new and interesting types of beverages. Today, beverages are divided into at least 19 categories including alcoholic and non-alcoholic beverages, caffeine based beverages, barley based beverages, maize beverages, rice drinks and so on. The first recorded beers were made in ancient Egypt, where it was so weak that even children drank it. However, it is suspected that beer could date back to the Neolithic period. The world’s first coffee as we know it today is thought to have been made by a Yemeni named Omar in the 16th century. Coca-Cola, on the other hand, was created relatively recently. In the late 19th century, few among us can imagine our lives without at least one of these three beverages in it, which just goes to show how very important beverages are in our culture, and have been, for hundreds of thousands of years.” 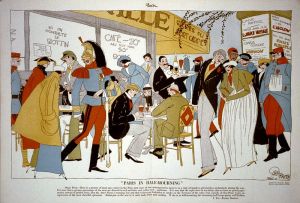 A nice little sum up there. Looking at the etymology of the word (the history of its make up), it seems that the word beverage actually means a ‘drink of any kind’. The word dates from the mid 13th century, from Anglo-French beverage, Old French bevrage from Old French boivre which means ‘to drink’. In fact, the Modern French term boire, actually comes from the Latin term bibre ‘to imbibe’.

So, it seems appropriate to celebrate Beverage Day by looking at classic French cocktail, and one of my favourites. Simple, but totally luxurious, it’s the French 75. 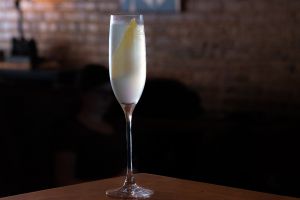 The French 75 is THE cocktail I pull out for special occasions. Said to date back to WW1, and an early form from 1915, created at the New York Bar in Paris by barman Harry MacElhone, the combination of gin, champagne, lemon juice and sugar was said to have such a kick that it felt like being shelled by the French 75mm field gun. There is an earlier history to the drink before it became its namesake, in the 19th century the combination minus the gin was called a Champagne cup and was a popular drink.

And don’t worry guys, although the traditional recipe is champagne based, I say this works just fine with prosecco. So, how about we make some? Now, I normally share recipes for cocktails and twists that I find online. But hey, hows about this week I give you my own recipe?

Now, I would use a cocktail shaker to make the ‘base’, but if you don’t have one you can stir it up. I use a good measure of gin, somewhere inbetween a single (25ml) and a double (50ml), say 40-45ml depending on how you like it, 15ml freshly squeezed lemon juice and a dash of sugar syrup, if you’ve got some. If not, 1 – 1.5 (depending on taste) teaspoons powdered (icing sugar) will do the trick. Shake (or stir) with ice, ensuring the sugar has dissolved, and you’ve got your base. Strain into a flute and top with champagne/prosecco as to your liking and en voila! One straight up, amazing fresh drink to make you feel like royalty. To make it even more special, you could always add a small twist of lemon to the top, garnish really does make the difference to the final effect so don’t be lazy now, you should have some lemon left so give it a go.

And the important question, what gins would you use with this? Well, this is a difficult one to answer, because you could go all sorts of ways with it. As a safe bet, any gin that is built around citrus is going to work with this, but you can experiment. Gins have an element of citrus to them, so it’s hard to go too wrong, perhaps remember that there is a sweet element to this cocktail so don’t go with anything too savoury or herbaceous or it could taste a little funky…although saying that grapefruit goes brilliantly with rosemary so some savoury gins would work. It’s really just a case of trying it out. To give you a starting point, I’ve pulled out three from our collection that should do a pretty good job: 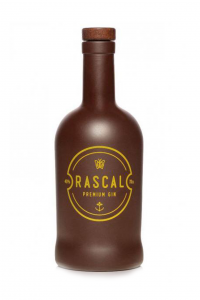 Malfy Con Limone Italian Gin – A staple lemon based offering, this gin would marry in super easily to your cocktail. Malfy Gin is an Italian gin made using a selection of six botanicals, as well as an infusion of lemons, including some from the Almalfi coast. Buy it here 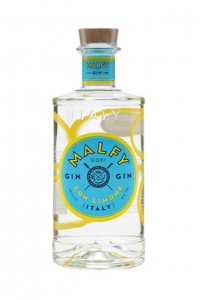 Wenneker Elderflower Gin – Lemon and Elderflower, what a wonderful combination. And with the French 75s lush sweet citrus element, the addition of elderflower would lift that flavour and add an element of complexity with those floral notes. Wenneker is an elderflower based gin. To create the fragrant tipple, they combine distillates of six botanicals – juniper, lime-tree blossom, orange, lemon, coriander, and (obvious) elderflower. Buy it here 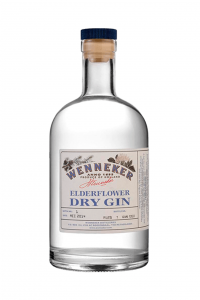 So there we are! Hope you enjoyed this Wednesday edition, a little bit of education in there, and a delightful cocktail too. Have a great weekend and hopefully see you at the Kuro gin talk, 3pm this Sunday (10th May) on our fb page.